Black History Month is a time to celebrate a culture and remember those who have made great strides throughout history. Many of these significant African American figures have proven to be role models in many ways. Not only have we seen strong men and women fight for equality and freedom, but we have seen them do so while leading healthy and fulfilling lives. Let’s take a look at what powered some of the strongest people in our nation’s history. 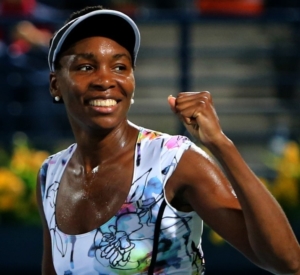 It’s no secret that Venus and Serena Williams are healthy and dedicated women. They have shown women across the globe that nothing is impossible. After being diagnosed with Sjogren ’s syndrome, a disorder of the immune system which can cause fatigue and joint pain, Venus turned to alternative treatments to relieve some of these painful symptoms. Finally, she decided to turn to a plant-based diet. Venus has found a plant-based diet to suit her healthy, active lifestyle very well. She claims that she feels better and is always trying to do what’s best for her body. Venus told Shape Magazine that “it’s a great lifestyle for long-term stability.”

With more research showing that plant-based diets can lower the risk for heart disease, type II diabetes and cancer, it’s no wonder why strong, inspiring women like Venus Williams are making the switch. While Venus is an amazing role model for being one of the best women’s tennis players of all time, it is also worth celebrating her healthy and motivating lifestyle that fuels her ability to hold this title. 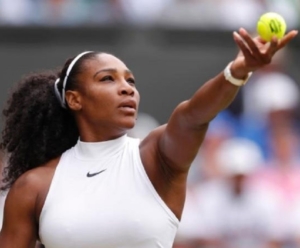 Serena Williams is an inspiring woman for many reasons: she’s one of the best women’s tennis players in the world, she’s made incredible strides for both African Americans and women world-wide, and of course, she’s done it all while maintaining her healthy, active lifestyle. Much like her sister, Serena has transformed her diet to be even healthier than ever. After Serena discovered she has an gluten allergy, she has made the change to a gluten-free diet while also focusing on only eating natural, raw foods.

Serena told Fitness Magazine that she doesn’t like the idea of a diet, rather she thinks of this as a lifestyle change. This helps her keep on track and it removes the negative stigma associated with dieting. Serena also emphasizes that even though she gets a lot of exercise, food is just as important when it comes to staying healthy and performing the best she can. Of course, it’s no surprise that a healthy woman like Serena has such an impressive diet, but that’s just one more reason to celebrate! 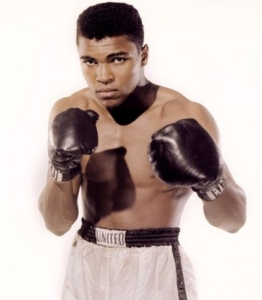 When it comes to Black History month, we must remember the great American boxer that we lost just this year. Muhammad Ali was of course, a strong, powerful figure that was not afraid to speak his mind. He proved to be one of the greatest boxers of all time, all the while fighting for his rights. While this is reason enough to celebrate his life, it is also interesting to look at the lifestyle that supported his heavyweight title. Ali was known for his diet full of lean proteins – such as eggs and chicken – although he also put a big emphasis on fresh fruits and vegetables, as well as plenty of water!

Obviously this American champion knew how to fuel his body for rigorous exercise. His diet rich in lean proteins, fruits and vegetables definitely helped him achieve his goals by keeping his body nourished. This was a man who knew that starting the day right with a healthy breakfast is the key to success – just one of the many reasons to celebrate the life of Muhammad Ali this month. 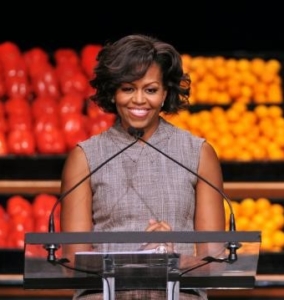 While leading the country in the Let’s Move campaign during her eight years as the First Lady, it’s not hard to believe that Michelle Obama keeps a healthy fitness and eating routine. While we admire the Obamas during Black History month for their notorious accomplishments – most notably being the first African American family to take the White House – we also admire Michelle Obama for being such a healthy role model for all Americans.

Michelle Obama has placed great emphasis on eating fresh fruits and vegetables; she even started a White House garden to get fruits and vegetables as fresh as they come. She has also stated that she has cut out sugary drinks from her family’s diet and turned the focus on fresh made juices and eating whole fruits. While the former First Lady admits she has a soft spot for dessert, she emphasizes moderation, as she only allows desserts on the weekends. We know Michelle Obama has made many accomplishments as the First Lady, both in getting the nation moving again and otherwise; but it’s also worth celebrating the healthy diet that keeps she and her family strong. 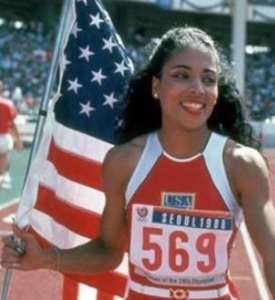 Known as the fastest woman of all time, Florence Griffith Joyner, or Flo-Jo, set the world record for the 100 meter and 200 meter in 1988 – a record that is yet to be broken. Flo-Jo has broken barriers for both female athletes and African American women. Flo-Jo definitely deserves appreciation for Black History month, not only for her lifetime accomplishments and inspiring personality, but also as a healthy role model. She knew the importance of keeping her body well-nourished, especially as an Olympic track and field runner. Flo-Jo understood that complex carbohydrates fuel the body and are crucial for endurance sports. Complex carbohydrates include whole grains, green vegetables, starchy vegetables, beans, lentils and peas.

Keeping her body healthy was a main priority for Flo-Jo.  A healthy diet of lean proteins, fruits, vegetables, and whole grains is beneficial to anyone, not just Olympic athletes. Keep Flo-Jo in mind this February as we celebrate Black History Month – not only as a three-time gold medalist, but also as a health role model. 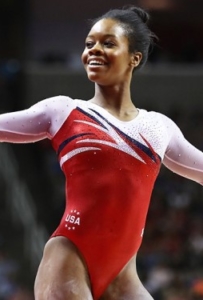 American gold medalist Gabby Douglas has proven that the sky is the limit and continues to charm America with her determination and strength. She is the first female African American gymnast to be the Individual All-Around Champion and to win gold medal in the gymnastic individual all-around and team competition in the same Olympics. Not to mention she’s done all of this by the age of 21! Gabby Douglas is an inspiration not only for women of all ages, but also African Americans, which is why we are celebrating her achievements this Black History Month. But what is it that keeps this Olympic gymnast going? In an interview with Glamour Health, Gabby revealed that in her hectic lifestyle, her trick is to always carry a snack. Since she is constantly on the go, she travels with protein bars, snap pea crisps, and most importantly Greek yogurt.

With so much going on, Gabby is always trying to maintain her health and diet, especially as Fast Food temptations creep in. Greek yogurt can be a great choice, especially for a snack, since it is generally high in protein and the plain flavors can be very low in sugar. A great way to spruce up plain yogurt is to add some fresh fruit. Gabby admitted that she was not originally very fond of fresh produce but after taking baby steps – dipping vegetable in balsamic vinaigrette or adding blueberries to her yogurt – she was able to incorporate more fresh fruits and vegetables into her diet. It takes a diet high in protein, fruits and vegetables to keep up with Gabby as she continues to break down walls for the African American and female populations.